Nutrition for Everyone: Vitamin B1 (thiamine)

Vitamin B1, also known as Thiamine, is a water-soluble vitamin of the B complex. It is named B1 because it was the first B vitamin discovered. Thiamine is found in both plants and animals and plays a crucial role in certain metabolic reactions. We need this vitamin so that our body can use dietary carbohydrates and fats as energy. In fact it is essential for glucose metabolism, since it is a key player in the production of adenosine triphosphate (ATP), which every cell uses for energy.
In addition to its role in energy production, vitamin B1 has also an important role in the structure and integrity of the cells of the brain and is fundamental for nerve, muscle and heart function.
Like other B complex vitamins, thiamine is sometimes called an “anti-stress” vitamin because it may strengthen the immune system and improve the body’s ability to withstand stressful conditions. Where to find Vitamin B1

Vitamin B1 is found in high concentrations in the outer layers and germ of cereals, as well as in yeast, beef, pork, nuts, whole grains, and legumes. Thiamine is also present in cauliflower, liver, oranges, eggs, potatoes, asparagus and kale, pasta, legumes and watermelon. Because of the central role of vitamin B1 to energy metabolism, deficiency of this nutrient impairs nearly every important function in the body.

Vitamin B1 deficiency commonly leads to problems in the nervous system.

Blueberry: The miracle of Alaska 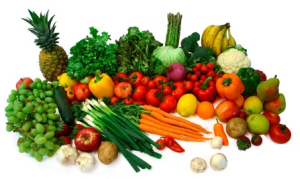